SisLovesMe – Spencer Bradley – Inspecting My Stepsister’s Pussy For Coronavirus
Cute brunette Hazel Moore is just like any teenage girl. She likes showing off her body on the internet and making all the boys at school go crazy. But when her annoying stepbrother walks in on her snapping some naughty pics of herself, he lays his card on the table. He is going to tell their mom unless she takes her top off and shows him her bouncy tits. She finally agrees revealing her pink nipples and perfect porcelain skin. Her stepbrother is so turned on, he gets a raging boner. Hazel sucks his cock, gagging on it as he films her. Maybe this will show the guys at school what Hazel has to offer! A couple days later, Hazels stepbrother is back at it. He plays a trick on her while she is in the shower letting the water soak her sexy teen body. He steals her bra and hides it, making Hazel scour the house. Finally, she realizes she has been duped and confronts her stepbro in the living room. He tells her he will give it back if she is able to do ten push ups right there in front of him. She gives it a shot, and her sexy tits almost flop out of her top. She cannot do the pushups, so she slobbers on the guys meat stick instead. He watches as she slurps his cum! Later on, Hazel wants to borrow the car. Her stingy stepbrother is not going to give it up without getting something in return. He offers her a fair trade. You let me fuck you, and you can use the car, he says to his stepsis. She reluctantly agrees, spreading her legs for the pervy guy to penetrate her. But once the sex starts, Hazel turns into an absolute freak. She moans wildly as her stepbrother pounds her tight twat. Then, he fills her pussy with hot cum! 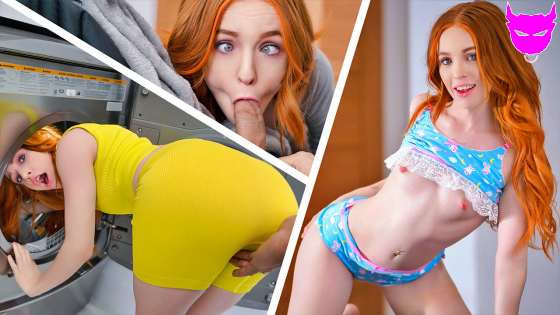 SisLovesMe – Give Me the D – Madi Collins 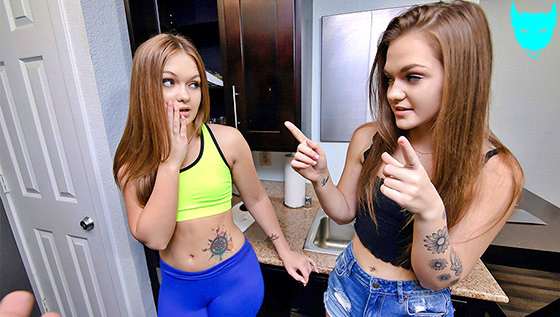 SisLovesMe – Sami White, Joey White – Winning While You Are Twinning

This site uses Akismet to reduce spam. Learn how your comment data is processed.

MilfsLikeItBig – Amber Jayne – The Art Of Decluttering And Orgasming